Social Privacy: How to Protect Yourselves in the Age of Social Networks
New guidance by the Italian DPA to avoid the pitfalls of social networking

Young people expose their most intimate secrets and post pictures to tease one another or capture someone´s love; parents often do not know where to start with the Web; users may install the wrong app lured by the fact that it is ‘for free´; acclaimed professionals endanger their professional contacts; harassers and cyber-bullies take advantage of their (supposed) anonymity to go for the helpless.

These are but a few of the issues tackled by the Italian Garante (data protection authority) in its guidance called ‘Social Privacy: How to Protect Yourselves in the Age of Social Networks´ (web document No. 3922719). The guidance provides an analysis of the main issues, problems and opportunities related to social networks along with tips and solutions that can be helpful to the ‘2.0 generation´ – inexperienced users, teachers, families, experts, managers.

The Vademecum takes stock of the new frontier opened up not only by conventional social networks, but also by the many instant messaging platforms that have sprouted up as quickly as smartphones, tablets and phablets have become commonplace – including the so-called ‘wearable technology´ such as ‘smart´ watches or glasses.

To raise user awareness and provide additional food for thought along with effective safeguards, the DPA is proposing a Decalogue where the opportunities made available by digital technologies are described and advice is given on how to avoid possible pitfalls. Special attention is paid to identity theft, sexting and cyberbullying, which can ruin the lives of young people (and especially children) for real.

‘There is no barrier any longer´ pointed out the President of the DPA, Antonello Soro, ‘between digital life and real life. What happens online is increasingly impacting the offline world – our daily lives and personal relationships. This is why one should never lose sight on the Internet of the need for a balanced relationship between new social communication channels and the protection of your own and others´ dignity.´

The Garante decided to stick to the model used for its 2009 Vademecum, which received a positive feedback from users. But the contents have been totally revamped.

The booklet includes four chapters: ‘Facebook & Co.´, ‘Surfers Beware´, ‘Did You Ever Wonder?´ and ‘Ten Tips to Skip Traps´. There is a Glossary appended named ‘Net Jargon´ where terminology and words that are specific in particular to social networks are explained.

Printed copies of the booklet can be obtained free of charge by writing to Garante per la protezione dei dati personali, Piazza di Monte Citorio 121 – Rome or emailing a request to ufficiostampa@garanteprivacy.it. A digital copy can also be downloaded from the DPA´s website at www.garanteprivacy.it. 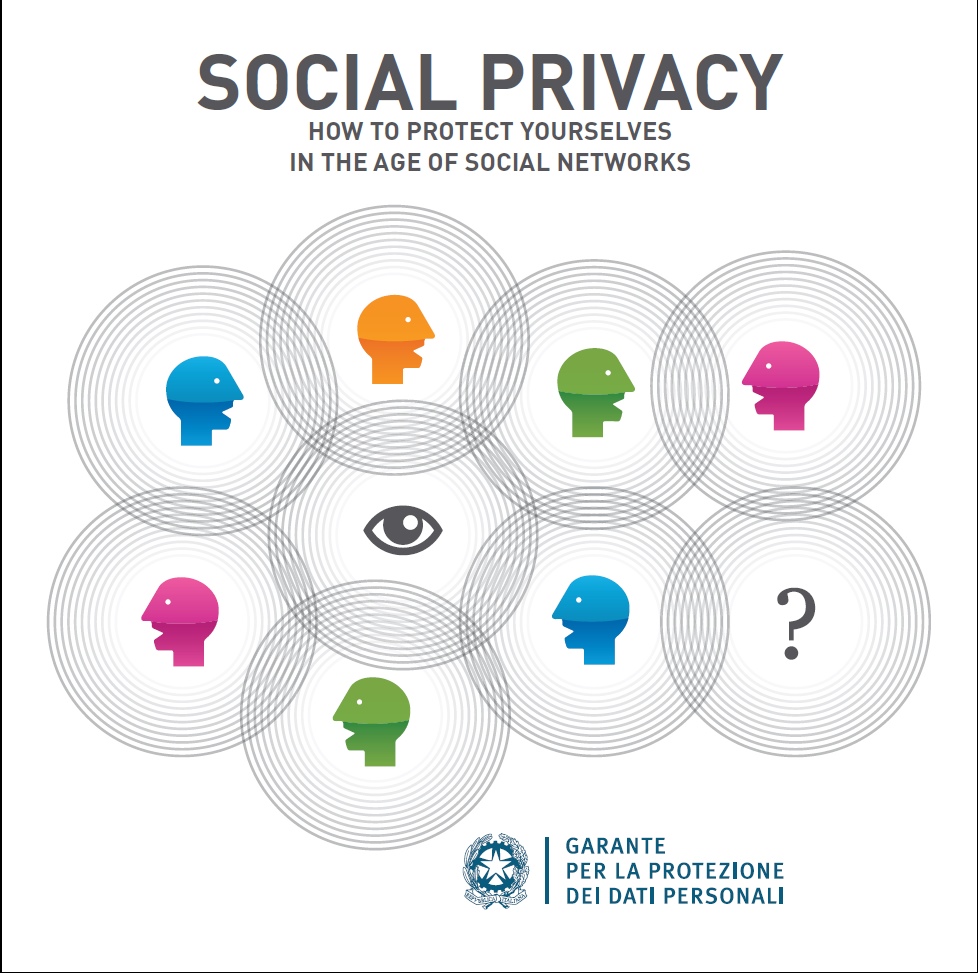